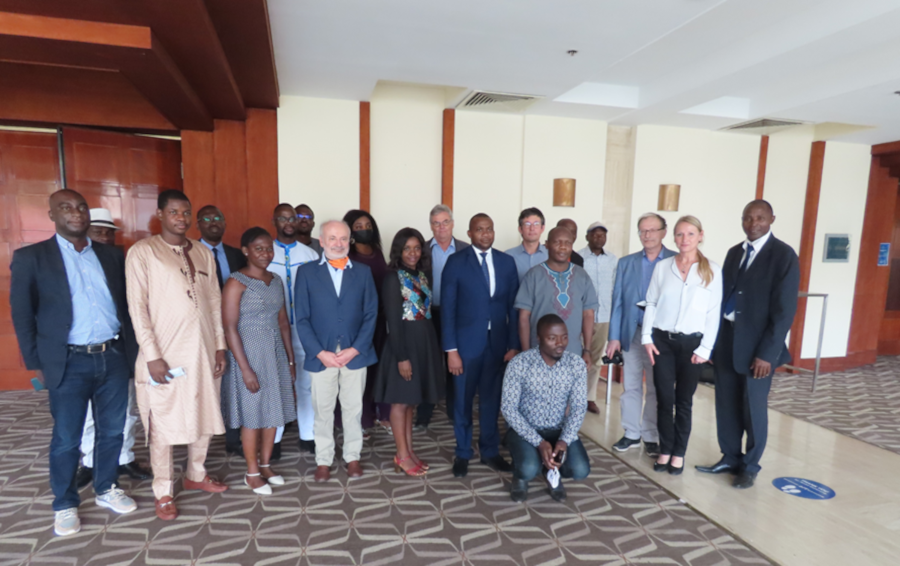 The first (of five) HYPOSO Workshop on Framework Conditions was held on 28 January 2022 in Yaoundé, the capital of Cameroon. It was organised by the project partners TRMEW (Poland) and SHW (Cameroon). Mr Valerie Nkue, the representative of the Ministry of Water Resources and Energy of Cameroon, opened the event and welcomed the guests, and after that Ewa Malicka, President of the Polish Small Hydro Association, presented the information on the HYPOSO project as well as the objectives of the workshop. She was supported by Joseph Kenfack (SHW), our project partner from Cameroon who managed to achieve the support of the Minister of Water Resources and Energy of Cameroon, who signed and stamped invitations to important stakeholders to support the HYPOSO project. After the introduction, Joseph Kenfack presented the outcomes of the analysis of the framework conditions for hydropower in Cameroon made within the project by a Lithuanian partner - VDU. Subsequently, Nino Frosio (FN) presented the three selected pilot sites, visited by the project experts in recent days. He pointed out the potential barriers these projects can encounter while being developed. 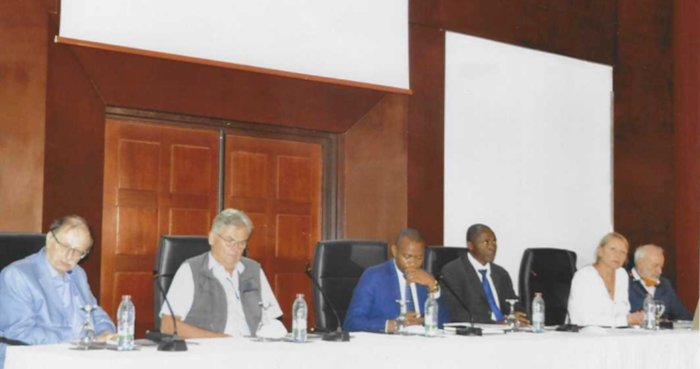 After this, the most important part of the workshop came, i.e. the discussion, moderated by prof. Bernhard Pelikan (FN) together with Joseph Kenfack, on the actual situation and needs for hydropower in Cameroon as well as on the ideas how these needs can be met and how the development of small hydro projects can be facilitated. The views and ideas were discussed together with representatives of the Ministry of Water Resources and Energy, Investment Promotion Agency, EU Delegation, utilities as well as project developers and investors. One of the important matters indicated by the participants was the requirement to expand the pilot projects into next stages of development after the feasibility studies are completed. The main points of the discussion were then summarized by prof. Pelikan who, on these grounds, also formulated the draft recommendations for decision makers in Cameroon on how to tackle the barriers faced by small hydro developers and investors.

In the end of the workshop the outcomes of the HYPOSO project - the HYPOSO Map and the HYPOSO Platform - were presented to the participants as tools made to increase a number of investments in sustainable projects in target countries as well as to stimulate the market uptake of EU technologies there.