Figure 1: Final preparations for the experiment in the laboratory at NTNU, showing the installed draft tube with guide vanes (left). A section view through the turbine exposing the adjustable vanes in the draft tube cone (right).

Variable speed turbines with fully converted generator may permit hydro units to provide additional system services such as fast frequency response (FRR). More dynamic operation of the hydro plants will impact speed and range of water level oscillations in reservoirs and rivers. This again may have negative environmental impact due to stranding of fish or drying out of shallow spawning zones. Flexible operation may also have detrimental impact on recreational use of water courses, such as fishing, canoeing, and kayaking. Thus, the project includes a work package (WP5) aiming at quantifying the environmental impact as well as investigating mitigation strategies and methodologies. By studying the social acceptance of power flexible operation power companies and developers may gain understanding factors impacting social acceptance as well as how to plan for a good dialogue with stakeholders during the development phase. To better understand the future need for flexibility, simulations of the power system for different RES scenarios are performed (WP2). 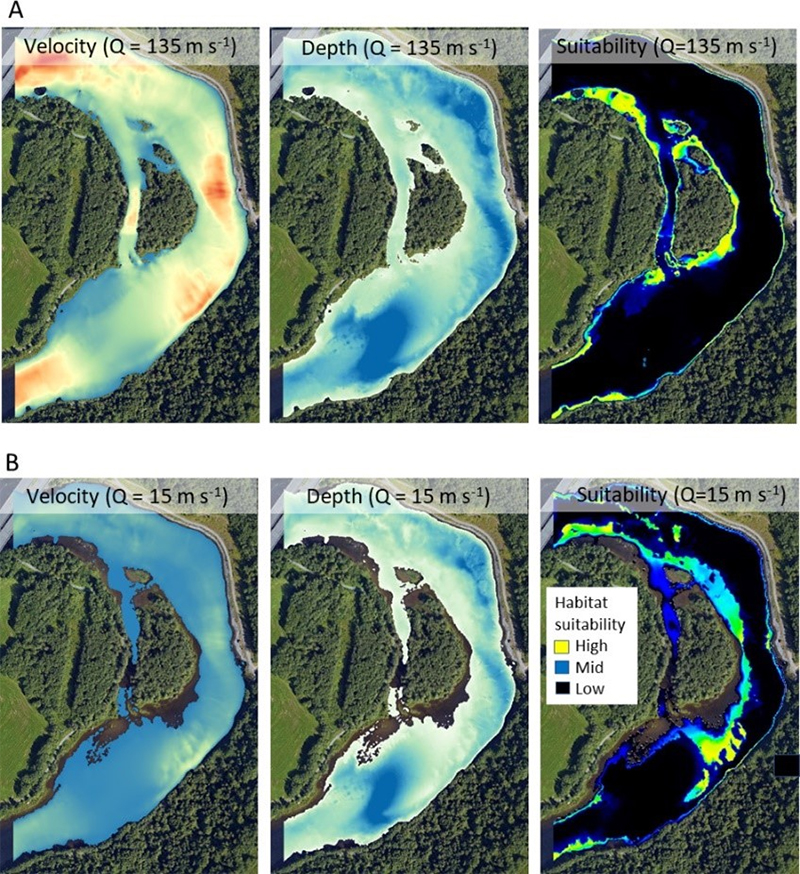 Current status
The HydroFlex project is one year from completion, and there are remaining works to be completed, but all work packages have reported intermediate results. More information is available at the HydroFlex website h2020hydroflex.eu.

HydroFlex impact in HYPOSO countries
The main impetus for the HydroFlex project is the ongoing transformation of the European power system, most clearly exemplified by the “Fit for 55” package recently presented by the European commission. All the reference sites studied are in the Nordic frequency region.
How can the results from the HydroFlex project benefit countries outside the Nordic and ENTSO-E region, and in particular the HYPOSO pilot countries? Table 1 gives a few numbers comparing the power system of EU and EEA region with the five HYPOSO countries. The last column gives some indications of the goals for the next decade. Clearly, there are huge differences between the two groups.
While the challenge for the European power system is to transform it from a high carbon footprint to a low emission system, the main challenge for the HYPOSO countries is to increase overall capacity and provide cheap and reliable power supply to citizens and industry, sustaining better living conditions and economic development. With this starting point, the general results from the HydroFlex project, that flexible hydropower can provide support and increase the share of intermittent renewable power production can be used as a guideline in the power system development. Hopefully, this will permit these countries to avoid the mistaken detour of developing a carbon intensive power system and subsequently having to reinvest to reduce the CO2 emissions and instead directly plan for a low emission and sustainable solution.