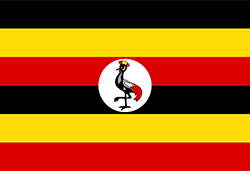 Uganda is located south of the Sahara in central-eastern Africa, the most southern part crossed by the equator line. Uganda’s area is 241,040 km² and its population is around 40 million people. The climate is tropical and generally rainy with two dry seasons, from December to February and from June to August. In the north-east, Uganda is semi-arid. The average temperature is approximately 26°C (maximum temperature ranging between 18°C and 31°C and minimum temperature between 15°C and 23°C). The average annual precipitation in Uganda is between 1,000 and 1,500 mm, of which the majority is received between March and June with rainfall of more than 500 mm. The south is generally wetter than the north with the south-west receiving the heaviest rainfall. The north-east has the driest climate and is prone to droughts. Uganda lies almost completely within the Nile basin. The Nile River, which runs north-west between Lake Victoria and Lake Kyoga, receives River Kafu and continues to Lake Albert. From here, it runs about 200 km to the border of South Sudan. Major lakes include Lake Victoria, Lake Kyoga, Lake Edward and Lake Albert. 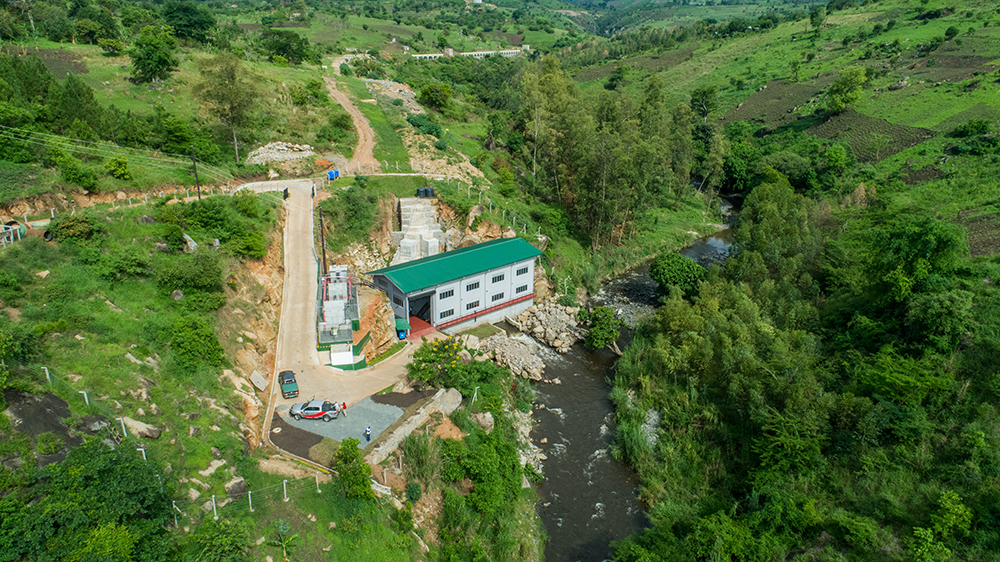 The installed hydropower capacity has grown from of 380 MW in 1999 to 1,254 MW in 2019. At 26 %, however, Uganda’s electrification rate is one of the lowest in Africa. This rate is even lower in rural regions (between 5 to 9 %). The government target to increase this rate to 100 % shall be reached by 2035.
With 35 MW, Uganda has the highest SHP installed capacity in Eastern Africa (in the picture, SHP Rwimi is shown). The government aim to increase electrification rates shows the need to increase the capacity of SHP. Uganda launched renewable energy feed-in tariffs (REFIT) in 2007 to encourage private investors. The REFIT program is supplemented by the tariff top-up programme called the Global Energy Transfer Feed-in Tariff (GET-FiT). As of 2020, some of the projects enrolled under REFIT are operational, while others are in implementation stage. The fourth phase of REFIT of 2019 puts SHP development on top of the priority list. 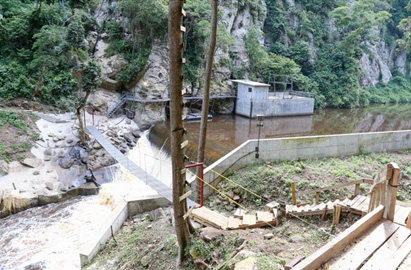 Still, challenges in the planning process exist, including high upfront costs and limited access to early-stage support and equity investment. Within HYPOSO, these challenges will be comprehensively investigated, and viable solutions elaborated. HYPOSO thus aims to support the political goals in Uganda, to help the population to access clean energy and enable the European hydropower industry find the best partners via the HYPOSO network.